AHEPA is a fraternal organization founded on July 26, 1922, in Atlanta, Georgia. The mission of AHEPA and AHEPA chapters is to promote Hellenism, education, philanthropy, civic responsibility, family, and individual excellence. We are an organization that focuses on promoting awareness of Hellenic issues, supporting our fellow members, and sponsoring charitable causes at every opportunity.

[ Check out the History of the Bergen Knights ] 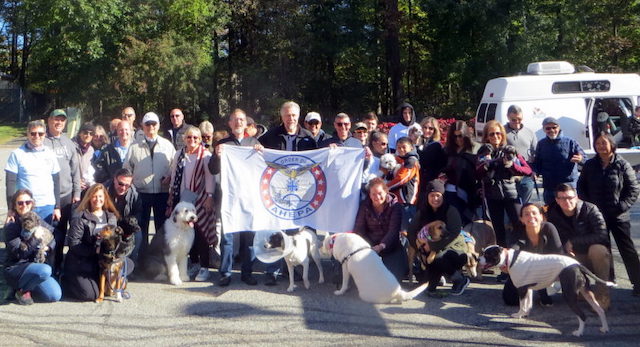 The Bergen Knights have supported a multitude of charitable organizations and foundations. Most recently, our chapter has supported:

[ Check out Our Current Charities ] 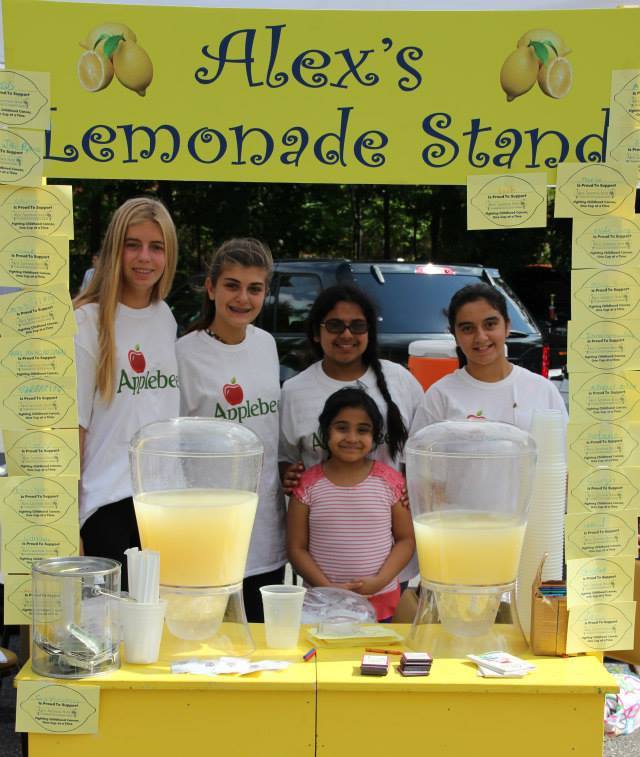 About the Order of AHEPA

The American Hellenic Educational Progressive Association (AHEPA) is the largest Greek heritage group in the world, and a major community service organization in North America. The AHEPA Family also includes a women's group, the Daughters of Penelope, and two youth groups, the Sons of Pericles and Maids of Athena.

The AHEPA Family's members are organized into more than 500 local chapters and 26 regional districts, each with elected leadership. Its joint U.S. and Canadian leadership is provided by its Supreme Lodge and a Board of Directors.

The central objectives of AHEPA are philanthropy, education, civics and the promotion of Hellenic culture and heritage through local, district and national efforts.

AHEPA has awarded millions of dollars in direct scholarships to more than two hundred thousand students over the years.

AHEPA has raised millions of dollars in chapter, district, national, and foundation fundraising. AHEPA national projects benefiting from the fundraising include the AHEPA service dogs program for military veterans suffering from PTSD; the AHEPA TRIBUTE sculpture, which is now one of two major artworks permanently displayed in Atlanta in conjunction with the 1996 Olympics; the AHEPA Educational Foundation; major underwriting of the Statue of Liberty and Ellis Island restorations; and funding of medical research.

Every year at Arlington National Cemetery, our members pay their respects to those who gave their life to protect this country. Annually, since 1924, Ahepans have paid their respects to those who gave the ultimate sacrifice for freedom, democracy, and liberty with a wreath-laying at the Tomb of the Unknown Soldier at Arlington National Cemetery.

We support veterans with PTSD by donating funds to provide them with fully trained service dogs.

A specially trained PTSD dog can provide a sense of security, calming effects, and physical exercise that can make a positive difference in the life of those that suffer with post-traumatic stress disorder. The AHEPA Service Dogs for Warriors program directs funds towards purchasing service dogs for PTSD veterans in need. 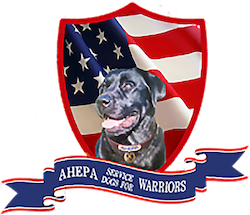 The Committee conducts fund raising and philanthropic outreach through cohesive, limited, yet well-defined activities such as award ceremonies and organizational recognition by the U.S. Congress.

The AHEPA Medal for Military Service, acknowledged by the 106th Congress, was first presented to all AHEPA veterans present at the 34th Biennial Congressional Banquet, March 29, 2000. The Supreme Lodge then encouraged its districts and chapters to present this medal to its deserving veterans unable to attend this banquet.

It is this committee’s intent to register AHEPA Veterans and have the AHEPA Medal presented at appropriate events at the District and Chapter levels. Funds collected through this effort cover medal production and shipping. Remaining proceeds will be donated to the AHEPA Veteran Affairs projects annually. 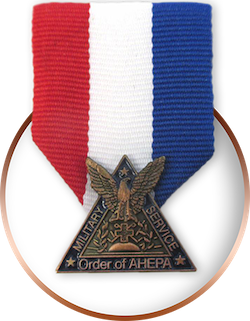 Several million dollars have been allotted and donated to students around the United States by the AEF corpus fund.

AHEPA Affordable Housing for the Elderly

The AHEPA National Housing Corporation is one of the largest providers of affordable housing for the elderly with 95 apartment communities in 21 states.

You’ve earned the opportunity to spend your mature years as independently as possible. Find a community where you can be comfortable and self reliant! 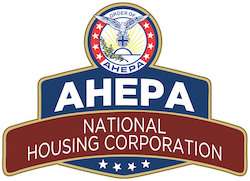 In it’s major form, Thalassemia "Cooley’s Anemia" is fatal and requires bone transplant surgery. In 1990, after the son of one of our chapter members was in need of this surgery, it quickly became obvious that an even greater need existed, thus the AHEPA Bone Marrow Donor Registry was incorporated.

Today, there have been incredible breakthroughs in gene editing that may allow for children to live Thalassemia-free! Read some of the articles we’ve read, regarding the latest advancements in this curative treatment

The mission of the Foundation is to facilitate fundraising and to award grants to scientists and medical research institutions whose primary goal is to find a cure for cancer. The Fifth District AHEPA Cancer Research Foundation, Inc. is tax-exempt under 501 ( c ) (3) of the Internal Revenue Code. Contributions are deductible under the 170 (a) (2). We accept employer matching grant donations.

Since our founding in Hackensack on August 27, 1931, the AHEPA Bergen Knights' has focused on philanthropic endeavors contributing both locally in Bergen County, New Jersey and around the world. Today, our chapter is based in Tenafly, New Jersey but our history of commitment to philanthropy and volunteerism has not changed.

The AHEPA Bergen Knights have supported a multitude of charitable organizations and foundations both locally in Bergen County and around the world. Most recently, our chapter has supported Alex's Lemonade Stand for Childhood Cancer Research, AHEPA 5th District Cancer Research Foundation & AHEPA Service Dogs for Warriors.

The AHEPA Bergen Knights have served philanthropic interests for over 85 years. We plan a variety of professional events to promote your business and support our charitable causes. With you by our side, we’re sure to achieve our fundraising goals. If interested in being an event sponsor, please reach out to us. We can’t wait to hear back!